Some companies provide the users with handsets, phones, and a SIM of their own. The users are supposed to use that SIM for a certain time and in many cases the handsets only support that SIM. In contrary to this, some users prefer SIM only because they don’t want to buy the handset and use the SIM on any device.

The second option where you get only SIM are called SIM Only Deals. In these deals, the users are given texts, minutes as well as mobile data. They pay for a month and are free to enjoy the SIM Only Deals on any device. 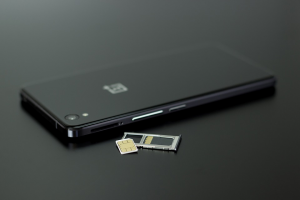 Why SIM Only Deals Are Better for Kids?

SIM Only Deals have a number of advantages for kids. First, the users will not need to buy the handset. They will get only the SIM and can choose any company with a certain package. They will just pay for the SIM Only offer. Secondly, you are not bound to sign up and agree to a two-year or one-year contract.

In this deal, the users will get 2G of data with text and minutes every month. The charges for this SIM Only Deal are £8.50 a month. It seems to be a decent option for the users who want to avail SIM only deals.

Here comes another SIM only deal that provides the users with 4GB of data, free minutes as well as text messages. Users will have to pay £30 per month. The offer can be subscribed for any time period.

With this deal, the users can enjoy up to 50GB of internet data as well as unlimited text messages and calls for just £27 a month. This offer seems better than most of the SIM only deals here as it offers more data.

For just £5 a month, you will get 1GB of mobile data, unlimited messages and 500 minutes for calls. It is a very affordable option for the users who don’t use the data very much but want to have internet for emergency needs.

This offer brings unlimited texts and minutes with 2GB of cellular data for £6 for one month. You can get the deal for 12 months as well as one month. You have the option to choose a plan according to your need.

In this SIM only deal, the users in the UK will avail 1GB of the mobile data with unlimited minutes and text messages. The charges for this deal are £6.25 a month.